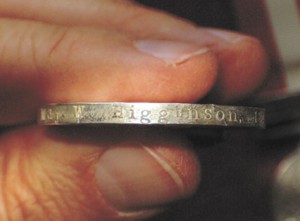 June 26, 2006: Fenian Raid medals The medals pictured awarded to Major W. Higginson, 18th Battalion and one of his relatives, Private H. Higginson, 18th Battalion. According to Michael McMahon, a part-time dealer in militaria, they were awarded in 1900 to vetrains who applied for them, and were a morale booster for the Boer War. In January of 1899 the Canadian Government authorized that a medal be 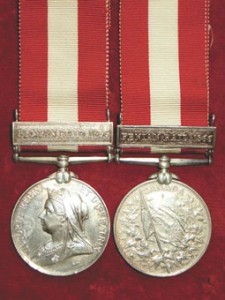 given to men who served in the Imperial or Canadian forces during the Fenian Raids of 1866. As the medal was awarded 29 years later, surviving men had to apply to receive the award. The foll0wing requirements had to be proven by the individual applying for the award: he must have been on active service in the field, served as guard at any point where an attack from the enemy was expected or been detailed for some specific service or duty.